The key exhibit of the Badger Family Collection is the Mark Vc Supermarine Spitfire EE853 A58-146 (UP-O). This spitfire was constructed in the UK in 1942 and shipped to Australia in 1943. It did service in the pacific theatre until August 1943, when it had a landing accident. Langdon Badger recovered it in 1971 and restored it to display condition. It has been on display at SAAM since October 2001. For more on this aircraft, click here.
Other items 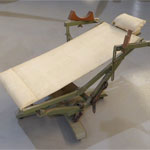 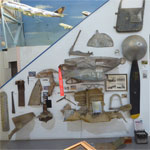 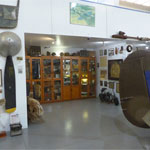 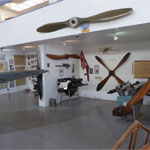